This class will build incredibly strong foundations for your weightlifting vocabulary. Form and details will be drilled to not only make sure your lifts are ALWAYS safe, but also to create a solid foundation for any more complex lifts (Olympic lifts and its variations).

Great for beginner but also for advanced lifters who know that fixing the small details can make wonders for new gains!

Weightlifting is an athletic discipline that determines your strength through lifting heavyweights in a progressive manner. It not only tests physical prowess but also the force generation rate. In weightlifting, athletes have to perform two ballistic lifts (in the minimum amount) – the snatch and the clean and jerk.

While the snatch involves a continuous motion of lifting the weight over the head by extending the arms, the clean and jerk lift requires carrying the weight to shoulder-level and then over the head. Before you begin weightlifting, it is vital to understand that your muscles react to different exercises in different ways.
At Athletix, we educate everyone about their muscles for strength training based on their situation and health. It’s not just runners; it’s for everyone; we help each based on their condition and health. Then we move on to joint movements – flexion, extension, abduction, and adduction. It is crucial to know about the muscle groups and how they act before begging the training.

Besides building stronger muscles and a toned body, weightlifting has many benefits to offer. It burns the body fat, prevents injuries, makes the heart healthier, and improves overall fitness. Let’s discuss the benefits of taking weightlifting classes at Athletix:

Lifting weights is an excellent way of increasing hypertrophy, the growth of muscle cells in your body. It happens because lifting boosts your body’s testosterone and growth hormone production, thus promoting tissue growth and allowing your muscles to get stronger.

It is vital to understand that muscle tissue burns more calories than fat tissue. By practising weightlifting for weight loss, you build stronger muscles which help in burning fat and boost metabolism. A study also proved that decreased body fat decreases the risk of cardiovascular disease, cancer, and obesity.

If your bones are weak, you might develop osteoporosis, a condition where bones become so fragile that even minor stressors can lead to fractures. That’s why you should consider joining a weightlifting class as it will help you improve your bone and joint health.

If your bones are weak, you might develop osteoporosis, a condition where bones become so fragile that even minor stressors can lead to fractures. That’s why you should consider joining a weightlifting class as it will help you improve your bone and joint health.

Reduces the Risk of Injuries

As muscles form the foundation of all the movements, balance, and coordination in your body, it is vital to keep them strong to reduce the risk of injuries. In the weightlifting classes at Athletix, you are given resistance training, where you learn how to avoid injuries and strengthen muscles around a joint. By increasing the number and diameter of collagen fibrils in the tendons, strength training makes the tendons of even the elderly vital to provide better support and flexibility.

Strength training offers significant cardiovascular benefits that help in improving your long-term health. According to a 2017 study, women who practised weightlifting had 17% less risk of developing the heart-related disease than those who didn’t. A 2018 study also concluded that lifting weights for less than an hour every week reduces the risk of heart attack and stroke.

You don’t need to spend hours in the weightlifting gym to see the benefits of lifting weights. You’ll notice the changes within a week by merely giving it 30 minutes every day. However, remember to start slow by lifting light weights without taking a break and using proper techniques. 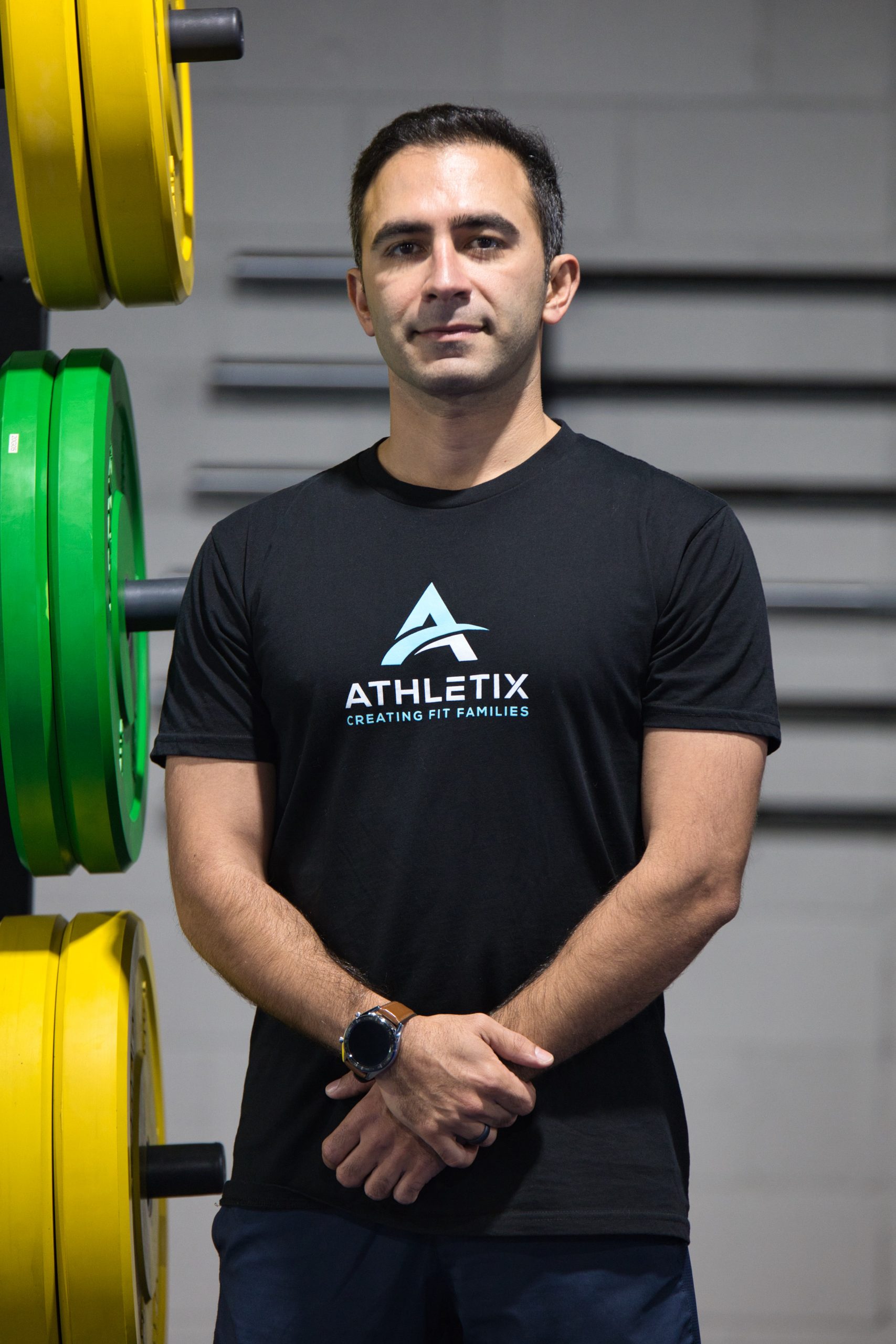 What is a Weightlifting Class?

In a weightlifting class, you learn to balance maximum power and strength development with maintaining an ideal physique. Our weightlifting classes for beginners are different from other classes because the stimulus is particular as you regularly receive technical feedback.

The weightlifting sessions at Athletix include strength development exercises to teach refined techniques. Our sessions focus on speed, muscular strength, cardiorespiratory endurance, flexibility, power, coordination, and balance. Our other class focuses on diagnosing technical faults in your movements to apply corrective practices to improve your efficiency.

What is the Difference Between Powerlifting and Weightlifting?

In powerlifting, the primary focus is on lifting in a single plane of motion and is concerned with completing three controlled lifts on the squat, bench press, and deadlifts. Thus, this sport does not utilise direct vertical acts. Powerlifters usually have the luxury of time, unlike weightlifters, and they invest most of their strength on the first move.

Weightlifting uses a technical approach focusing on two ballistic lifts. Overhead movements are used, as opposed to powerlifting. Weightlifters are more tolerant of missed lifts, but they have the pressure to execute it quicker to showcase their strength. Youngsters and seniors perform both sports.

What are the Age Groups in Weightlifting?

In Brisbane, weightlifting is an Olympic and Commonwealth Games sport in which individuals perform two lifts – the Snatch and the Clean & Jerk. The participants compete within bodyweight categories and age groups. In the annual Queensland and Australian Championships, it takes place in the age groups of:

Where to Find a Proper Weightlifting Gym in Brisbane?
Following a proper technique is essential for doing effective and safe weightlifting. It helps you lose fat, enhance strength and muscle tone, and improve bone density. However, if you follow it incorrectly, you might experience sprain, strain, and fracture. That’s why it’s crucial to practice with a knowledgeable weight training specialist. Here are some of the best weightlifting gyms in Brisbane:
Close

Athletix is a family gym with huge open space, carefully designed and crafted to cater for a variety of needs. Book an Introductory Class Today!

Try all of our Group Classes and Facilities free for 7 days.

No obligations.
No lock in contracts.

ATHLETIX is an Athletic Development Center for youth and adults of all ages, providing a systematic and evidence-based approach to training and developing athletic excellence. Book a Free Weekly Trial Today!